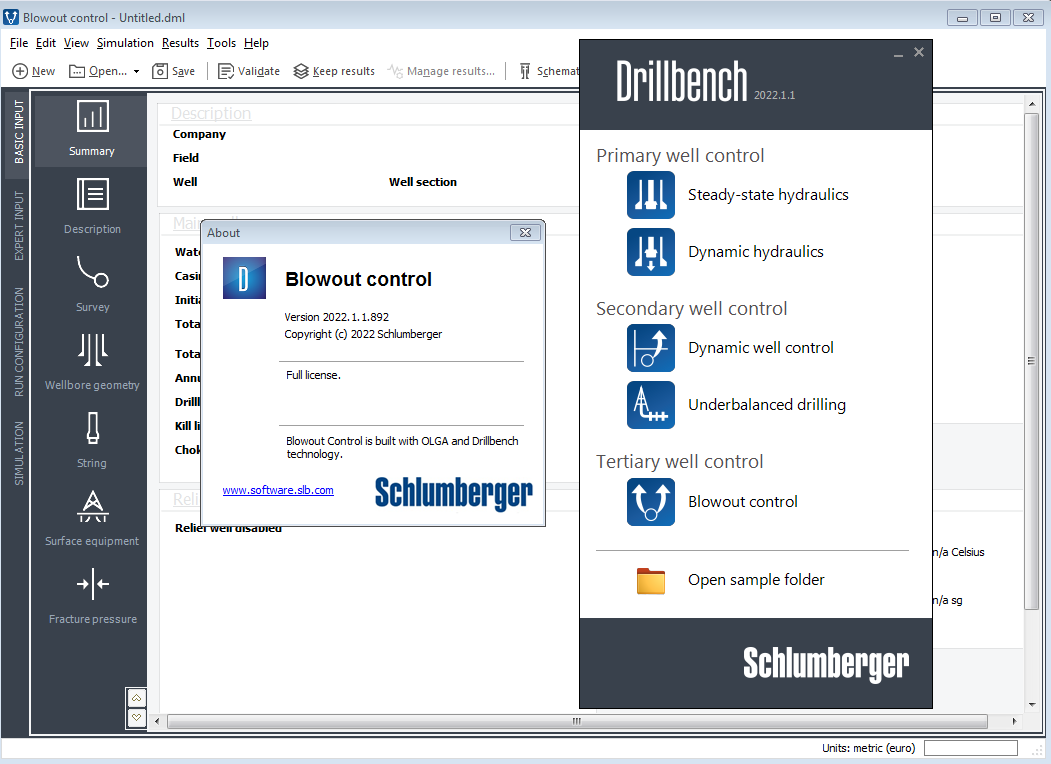 Integration of well paths directly from the Petrel platform.

Reading pore and fracture pressure from the Techlog platform.

Support for dual gradient drilling with a subsea pump.

Drillbench 2022 uses a new graphical profile that is better adopted to new hardware. The intention is to improve the appearance on different types of monitors and displays from projectors to large, high resolution monitors.

Drillbench development tools, compilers and thirdparty components have been upgraded to perform and display better with current versions of Windows. The newer components includes upgrades and bug fixes that adds to an improved appearance and performance of Drillbench 2022 compared to previous versions.

Many important changes has been made in the new Blowout Control that improves consistency and accuracy in order to provide even more value to our customers. A smoother installation and user administration process will also make the user experience much nicer with the new version compared to previous versions.

The OLGA engine has been upgraded to current OLGA 2021.1. A huge effort goes into improving the OLGA engine yearly – and in particular features needed for solving complex drilling related issues.

The simulations performed in a blowout scenario represent a quite heavy numerical solution, and may result in performance problems. Improved performance has therefore been a key focus area for many years. There are many

factors contributing to the overall performance improvement we are observing, but the most important are:

• Improved and optimized the internal communication between application and engine as OPC has been replaced with ZeroMQ.

• In cases where the small time steps are required to capture particular transient behavior, the time step control speeds up to optimum as soon as the transient period is over and the same accuracy can be achieved with larger time steps. This feature has been significantly improved since previous version. In total, these improvements gives up to 10 times faster simulations than previous versions. The improvement observed will differ from case to case, depending on the case complexity.

As part of this work a bug was identified in cases with many fluid configurations. In some cases a the table indexing was wrong resulting that a different fluid than the selected, was used in circulation.

The communication protocol between the interface and OLGA drilling service has been upgraded from OPC to ZeroMQ. This adds to the speed up and improved performance, but the most important is that it allows running the Olga Drilling Service without local admin access.