The ECLIPSE industry-reference reservoir simulator offers the industry’s most complete and robust set of numerical solutions for fast and accurate prediction of dynamic behavior for all types of reservoirs and development schemes. The ECLIPSE simulator has been the benchmark for commercial reservoir simulation for more than 25 years thanks to its extensive capabilities, robustness, speed, parallel scalability, and unmatched platform coverage. The ECLIPSE simulator covers the entire spectrum of reservoir modeling, including black oil, compositional, thermal, and streamline simulation. 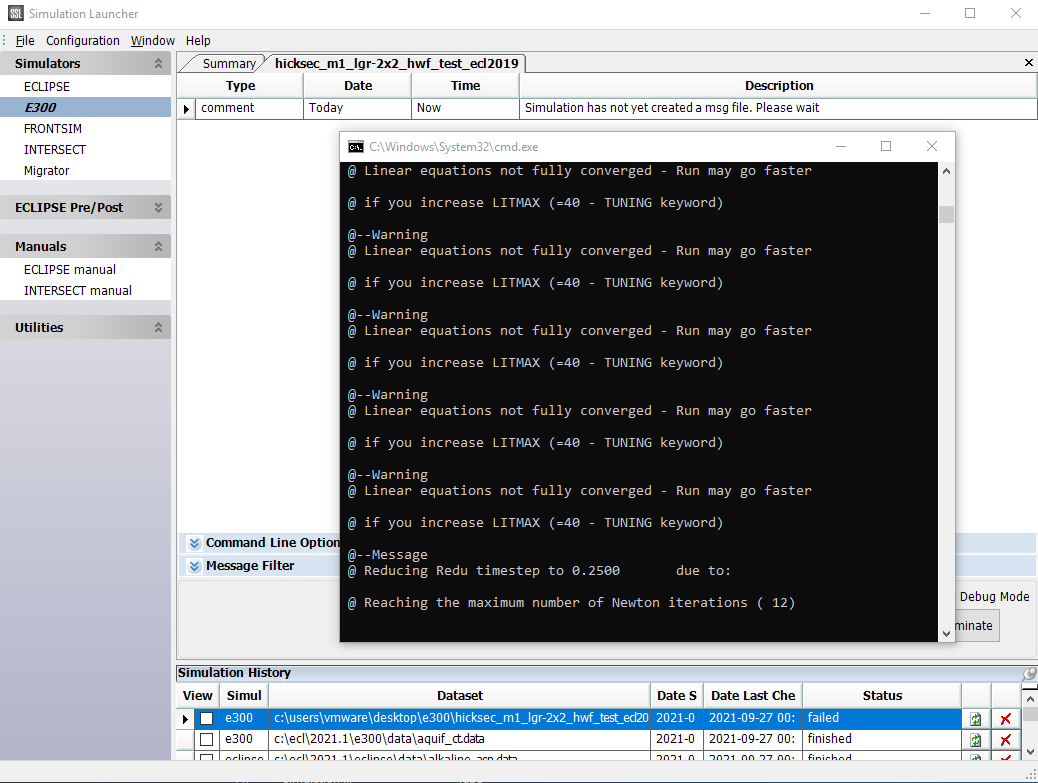 • The formulation of the mixture density for autonomous inflow control devices has been improved. A linear mixture density is now used for conversion from mass to volume rate, with the exponentiated mixture density now used only where explicitly stated in the form pressure drop equation.

• The message service database engine interface has been updated and optimized for improved performance on network drives.

• In parallel runs using the Intel MPI library, the library version being used at runtime is now reported in the PRT file.

• A number of issues which could cause ECLIPSE 100 to fail to terminate cleanly at the end of a successful run have been fixed.

• The total compressibility debug report has been improved to avoid small but meaningful values being reported as zero.

• Several improvements have been made to internal work array sizing to reduce memory usage.

• Usability of the CO2STORE option has been improved, with better error checking, messaging, reporting, and documentation of existing keywords and functionality.

• A new debug option has been added to give detailed reports on the tests and decisions made when the WTEST keyword is used.

• The algorithms used to calculate the Forchheimer beta factor have been improved to avoid unphysical huge values and provide greater compatibility with INTERSECT (principally for grid blocks where the water saturation is extremely close to 1 and/or multiple faces have no active neighbor).

• EOS initialization can now be used with more than 48 components.

• Enthalpy reporting for the Temperature option is now consistent with the Thermal option and uses the STCOND temperature as the reference value.

• The values of SGU reported in the INIT file are now consistent with those being used internally regardless of how SGU is calculated or provided.

• Some minor consistency issues with defaulted arguments in the EOSS and TCRITS keywords have been fixed to ensure compatibility, both internally and with the INTERSECT Migrator.

• Some minor consistency improvements have been made to the WSEGTABL keyword reader to ensure compatibility with ECLIPSE 100.