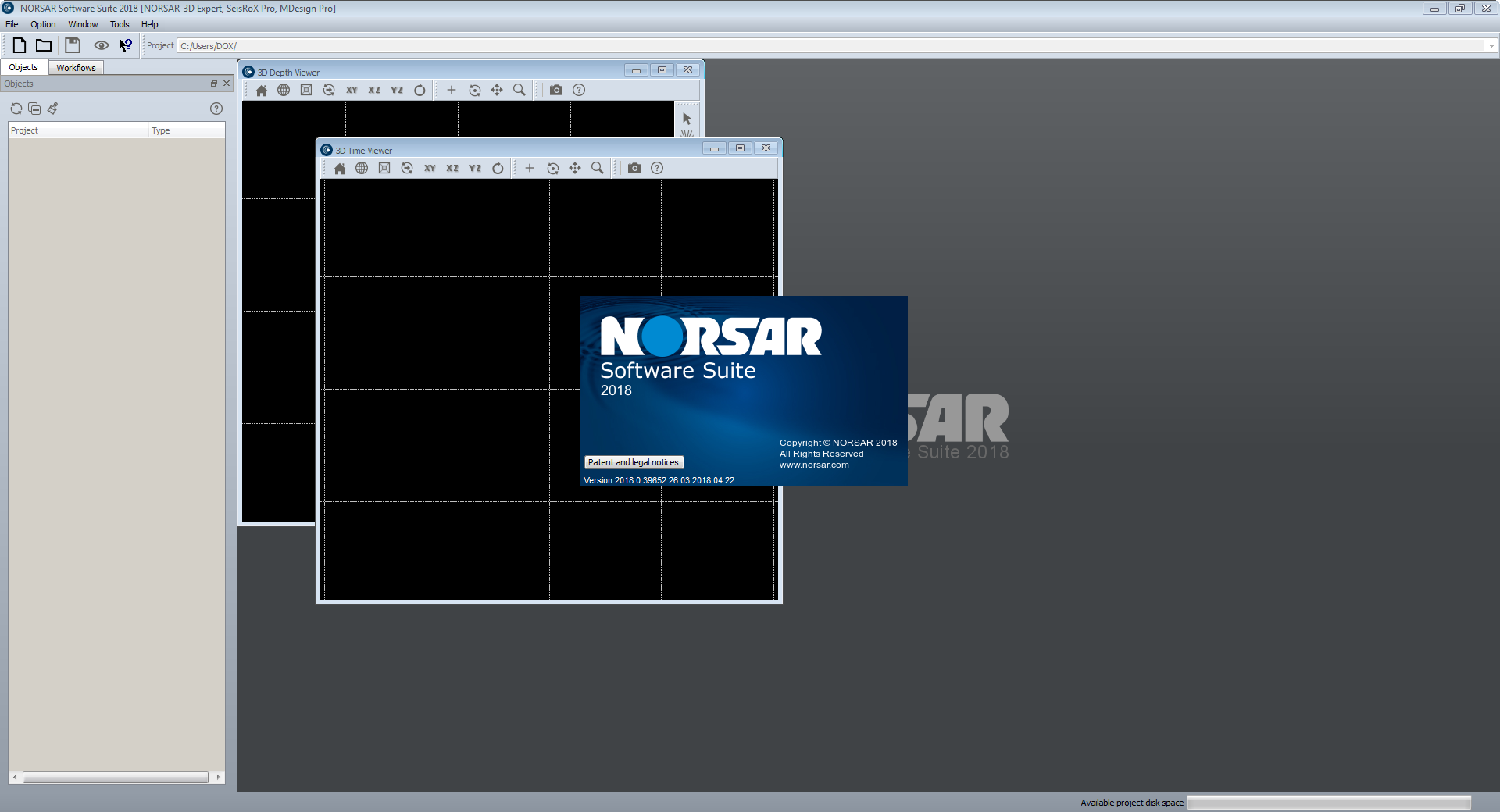 NORSAR-3D
The new NORSAR-3D unveils a revolutionary new user interface for the NORSAR software. It makes the advanced and proven NORSAR-3D technology available in a completely new and simplified user experience.

NORSAR-3D includes functionality that enables you to:

NORSAR-2D Ray Modelling is a powerful tool to better understand your seismic data. You can evaluate your model by comparing synthetic results with the actual seismics or the interpretations. The model can be quickly updated to improve the match. Complicated tectonic structures and lateral or vertical velocity changes are modelled with great ease. NORSAR-2D includes depth conversion by means of ray tracing. Realistic interval velocities can be estimated from inversion of stacking velocities.

NORSAR-2D
-Is a powerful package for ray-based seismic modelling and depth conversion.
-Is flexible, fast, accurate and user-friendly.
-Is ideal for training, teaching, research, as well as industry-scale projects. 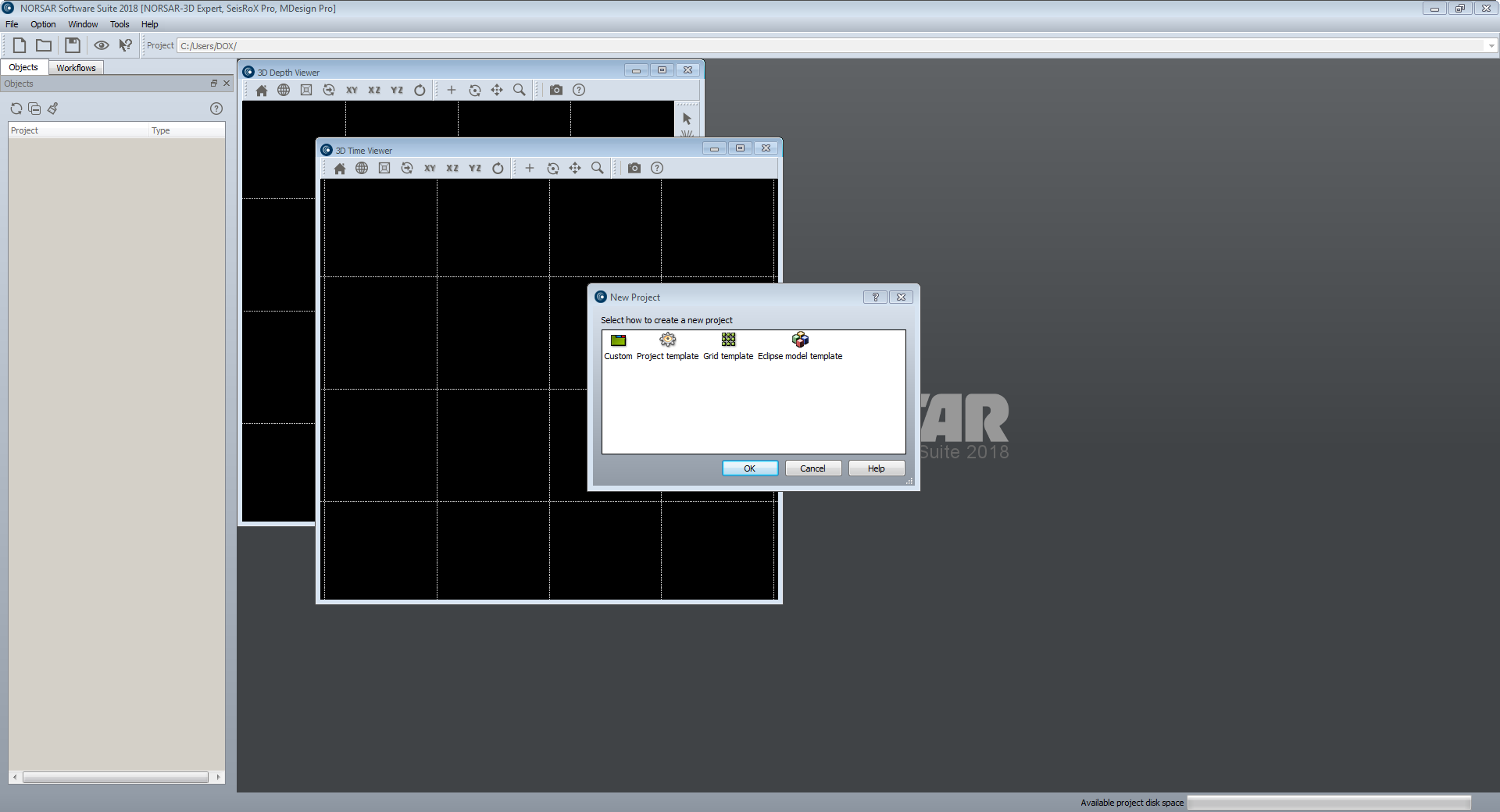 SeisRoX
SeisRoX is fully integrated in the NORSAR Software Suite platform and is available in two different configurations: Basic and Pro. SeisRoX Basic is part of SeisRoX Pro.

SeisRoX Basic
SeisRoX Basic is a flexible, efficient and easy-to-use seismic modelling software which rapidly simulates the seismic response of geological reservoir models including the effects of a complex 3D overburden and source-receiver illumination/resolution effects.

SeisRoX Basic focuses on a local scale and contains three types of workflows:

-Analytic workflows: Tools to do fast track modelling when background model or survey is not available or to study the effect of a user-designed PSDM filter
-Four different local-target workflows to do complete PSDM simulations with background model and survey
-Utility workflows for generating property cubes and time-convolution (1D)

SeisRoX Pro
SeisRoX Pro includes all the Basic functionality, and in addition it contains a full-field PSDM simulation workflow. With the Pro version, larger scale modelling is done by utilizing space-varying Point Spread Functions. Detailed studies of the space-varying PSF's can be done with the new PSF focusing map.

SeisRoX Pro also includes Rock Physics transformations to describe and calculate the relationship between geological properties and the effective (average) elastic and seismic properties to be used in the modelling. With the Rock Physics functionality the seismic response of rock property changes can be studied.

Each tool can be used to provide innovative solutions to problems faced by the E&P scientist. However, the true benefit of SeisRoX is realised when the tools are integrated to provide the user with a robust, efficient and flexible workflow. In this format, the software guides the user from the generation of the rock physics model to the simulation and analysis of the 3D PSDM seismic image. This approach is particularly useful for investigating the seismic sensitivity of geological properties, seismic properties and reservoir geometry.

Capable of handling both large scale and small scale models, the effect of the overburden and survey characteristics can be incorporated while giving the user the functionality to assess the sensitivity to variations in rock properties and seismic parameters at the reservoir scale. 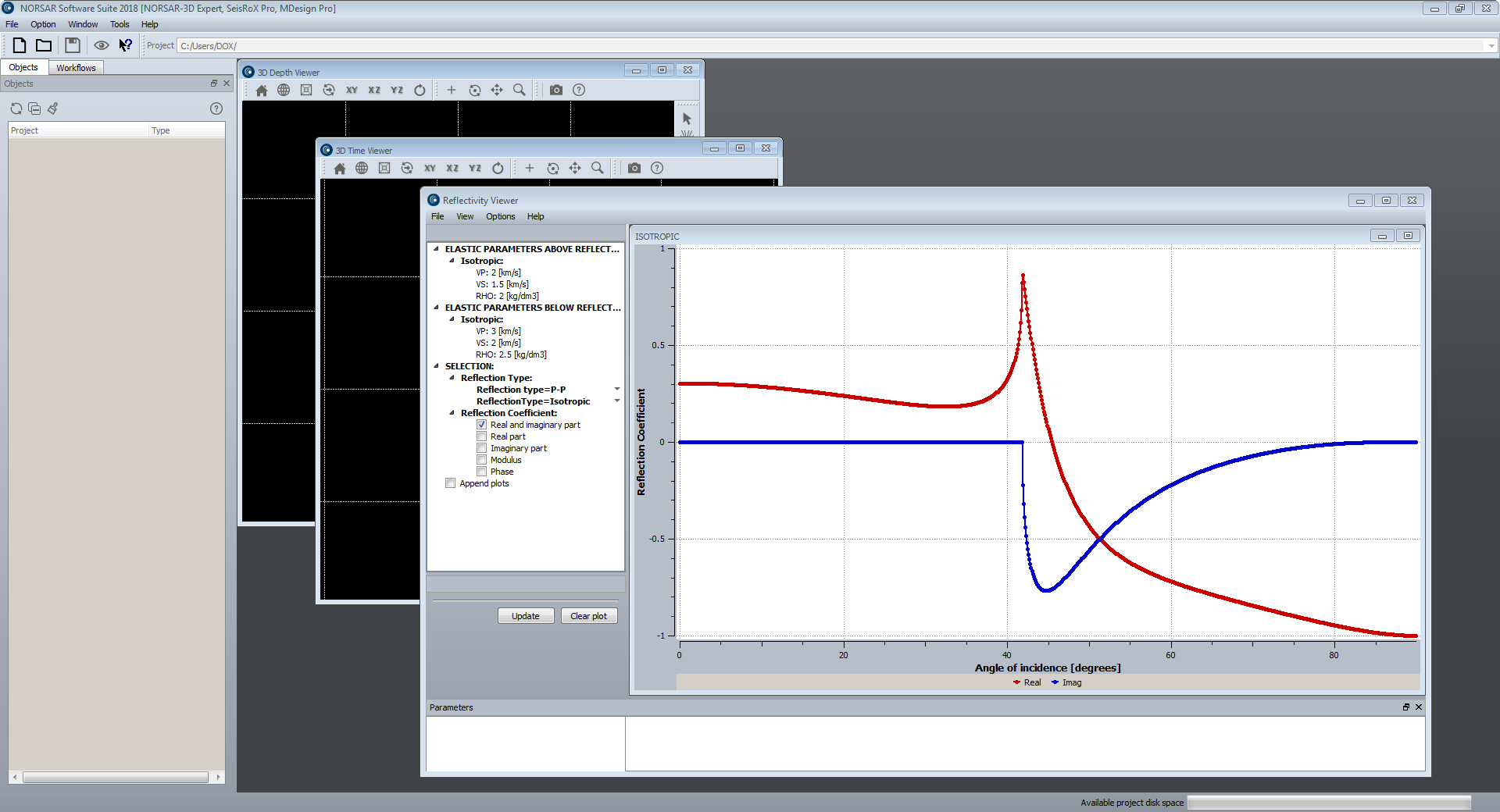 MDesign
The MDesign software helps operators, service providers and regulators to evaluate and optimize different sensor networks in order to maximize their cost-effectiveness.

The performance of an existing network can also be assessed and compared to results from recorded data. It is capable of using a full 3D model to provide the best possible analysis.

MDesign is applicable for both simple and complex monitoring scenarios: single or multi-well downhole networks, surface arrays, ocean bottom networks, or any combination of these.

The purpose of MDesign is performance evaluation of a proposed design. The effectiveness of a seismic network can thus be compared for different:

To determine the optimal sensor layout for a seismic monitoring campaign, MDesign aims to answer the following questions, important during network design:

MDesign is available as the latest NORSAR software package in the new NORSAR Software Suite framework.

Detectability
MDesign’s detectability analysis allows the user to find the minimum magnitude that can be detected for a given seismic network, throughout a model region. Multiple workflows can be created and tested for different sensor configurations. Different noise models can be generated, sensor failure can be simulated, and the effect of different input velocity models can be assessed.

For each network setup, parameters can be set for:

-Number of required sensors to be ‘triggered’
-Noise level at each sensor
-Attenuation
A 3D volume of detectability is generated that can be viewed interactively via cross-sections or isosurfaces of detectability. By analyzing maps of detectability the user can identify the network design to best meet the project goals. The detectability can also be evaluated to determine if regulatory requirements can be met. Furthermore, sensor failure and their impact on event detection can be quickly simulated.

The expected location uncertainty for various scenarios can be evaluated by its dependence on various parameters:

To increase understanding of the results and further improve a sensor network, MDesign allows for quick ray path analysis for all event locations through the complex model.

Focusing
MDesign’s focusing analysis shows the resolution for migration based location methodologies - typically used for dense surface arrays and ocean bottom networks. The focusing of seismic energy at a given location can be determined using Point Spread Functions, which incorporate the network layout, the velocity model, and the shape and frequency of a source wavelet, to compute the imaging response. By generating Point Spread Functions throughout a model region, the effectiveness of a given sensor configuration can be evaluated. This analysis allows the user to optimise a sensor layout by ensuring, sensor count, sensor spacing, line length and line spacing are all sufficient for a given target region.

For each network setup, parameters can be set for the source wavelet (frequency and shape), using predefined or user input functions. The spatial sampling of the Point Spread Functions can also be varied.

The resulting 3D volume of ‘focusing’ can be explored via cross-sections and with interactive ray-path plotting.